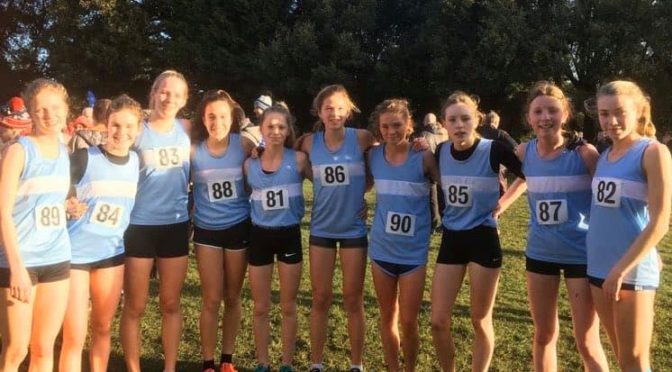 The club had its highest ever representation at the South West School Cross Country Champs with Avon having its most successful champs for many a year. On the same day as the Gwent League fixture the Senior Boys took gold with 5 of 10 man of the team coming from North Somerset. Kiera D with a superb 7th and Millie R in an equally impressive 18th as a bottom age athlete formed part of the gold medal winning Junior Girls team. Alice B-M in 38th was another gold medal winner in the Intermediate girls competition. Sam H in 19th was the 2nd Avon runner in the Junior boys race with Will S also having a good race for 22nd in the Intermediate boys race.