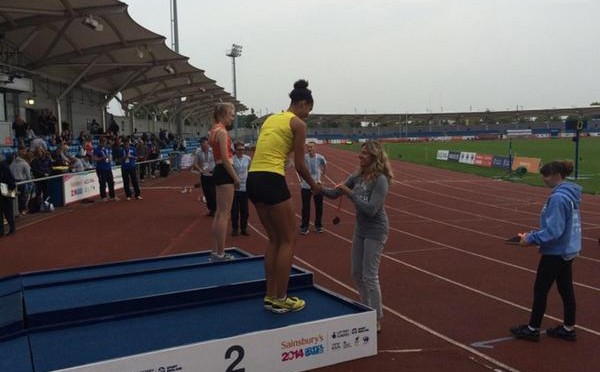 Ada’ora Chigbo produced the performance of her life (so far) to win a sliver medal at this year’s Games. After a consistent year where her personal best in the high jump has ‘leapt’ from 1.60m to 1.75m hopes were high of a medal.

Some fantastic jumping saw her produce a 1.72m leap, the same height as the eventual winner. Unfortunately they were split on countback as Ada’ora had knocked the bar off at an earlier height. British coaches are now watching her very closely and anticipation is high that we could be witnessing a very promising career unfold.