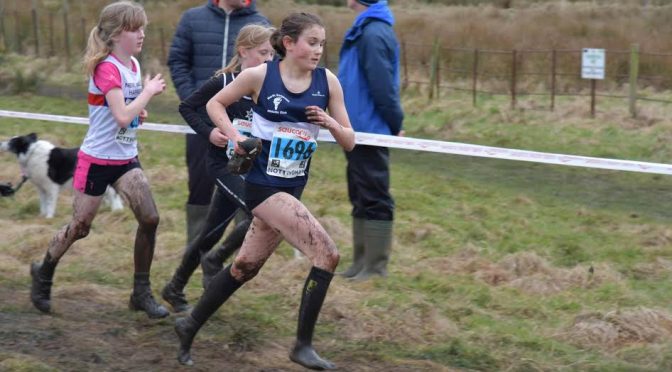 North Somerset Athletics Club were well represented at the highlight of the cross country calendar, the English National Champs at Nottingham. With huge entries exceeding 600 in most age groups reaching the top 100 is a hard task. The course had everything from mud, hills and stream crossings.  Star of the day was under 15 Sam Gentry who continued his excellent season showing his class on the national stage by finishing a tremendous 5th place and just 2 seconds off a podium finish.  Will Cheek continued his good form coming in 290th from 379 finishers.  Joe Gentry was the clubs sole entrant in the Junior men’s race finishing 129th from 211 finishers and Ruth Day was the clubs only entrant in the U15 Girls race finishing 243rd from 426 finishers.  In the under 17 boys race Callum Smith ran a superb race finishing 83rd backed up well by multi eventer Jaylan Bacon (185th) and Luca Murray (213th) from the 302 finishers in this race.

The under 13 boys and girls had full teams in their races all of whom were experiencing running at a national level for the first time.  As ever the boys quartet of Guy Owen (299th), Louie Brunsdon (318th), Will Maine (364th) and Emile Swanson (386th) all ran well and packed well together and were 47th in the team competition. The girls had a squad of 8 under 13s led home Daisy Manners-Lolley who battled on bravely despite losing both shoes in the deep mud with a third of the race remaining, coming home in a pleasing 236th. She was followed closely by team mates Ruby Owen (269th), Stephanie Brooks (293rd), Ella Johnston (360th), Connie Ballentine (382nd), Holly Avery (394th), Alysha Forsbrook (409th) and Isabella Clark (who was making her debut for the club in (429th) from 467 finishers.  The team also came 47th in the team competition.