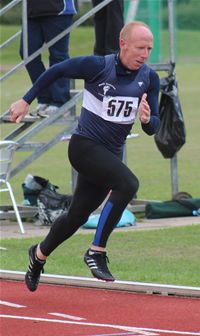 Congratulations are now in order for NSAC/AA Head Coach who has deservedly been selected by the South West Regional Council as the winner of the 2013 Development Coach of the Year award for the South West as part of the England Athletics National Awards and Hall of Fame programme.

The recognition from England Athletics is long overdue and for all Chris’s achievements with North Somerset Athletics Club and Academy. The Club which Chris started in 2004 with 4 athletes now spans the whole county at 7 venues and 15 training events a week. The club now has over 600 members and successfully competing in regional and national leagues.

Chris will receive his award at a Ceremony at the Mercure Hotel, Exeter on Thursday 5th December 2013.

CEO of England Athletics, Chris Jones will be attending the evening to present awards to the winners.