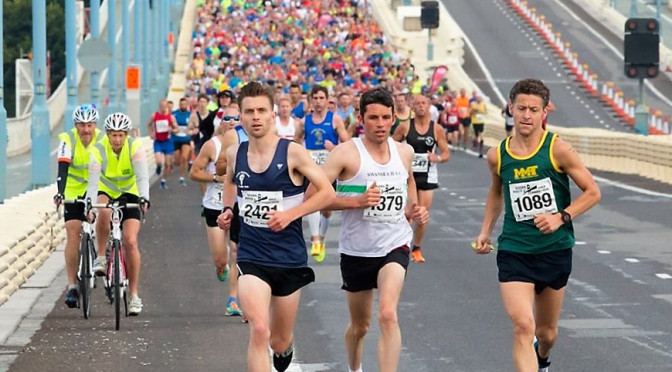 James Rodgers was left feeling deflated after being led off course during the later stages of last weekends Severn Bridge Half Marathon.

He led the race with his closest rival from the ‘Micky Morris Racing Team’ when the lead cyclist made a blunder and took them off course with just a few miles remaining. The third placed athlete was baffled at taking the tape then watching James and his rival cross the finish line together shortly after.

After his initial disappointment James remarked “It would of been a great last few miles, as I felt really strong and had enjoyed the course and event up until then.  Although I’m feeling gutted right now, this does gives me confidence that I’m in good shape with the Bristol Half fast approaching”.

James added “The final result was to give the three of us 1st place, as myself and the guy from MMRT agreed to finish together when realising we’d been taken off course”.

The three athletes also made a decision to share the prize winnings and were all given the same time of 1:14:42 by the rather embarrassed race organisers! James Leading the 2000+ runners over the Severn Crossing