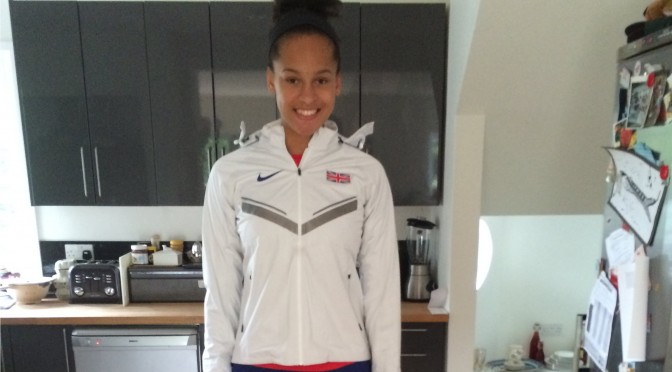 Ada’ora Chigbo has been selected for the two prestigious Youth games this summer.

Ada’ora will be competing for Great Britain & NI in the high jump at the World Youth Championships.

She will also be representing England at the Commonwealth Youth Games in Samoa from the 5-11 September. Up to 1000 young Commonwealth athletes aged 14-18 will represent their country and compete for 107 Gold Medals in 9 sports over 5 days at the Vth Commonwealth Youth Games, taking place on the Pacific island nation of Samoa from 5-11 September 2015.