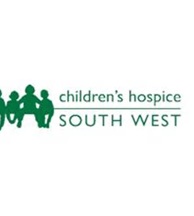 Top performer was Portishead’s Combined eventer Ada’ora Chigbo. Victories in both the u17 women’s shot put (14.25m personal best) and soared to a high jump of 1.78m. These performances mean she will compete for England in both events this weekend in a junior international. It is the second time that she has met the high jump qualifying standard for the World Junior Championships in July, with her pb of 1.81m from a few weeks ago being the top performance across the UK. Hopefully a seat on the plane has now been guaranteed. Ada’ora was said to be disappointed with her long jump of 5.18m. A terrific jump, and good enough for 12th place in a high quality competition

Another fantastic medal was achieved by Backwell’s Emma Bakare in the under-15 girls high jump. A personal best performance of 1.59m and the narrowest of misses at 1.62m the reward for months of hard work. This was backed up with a 5th place in the shot put, another personal best of 10.71m. Emma’s main event, the long jump, was hampered as it was timetabled too close to the high jump. Fatigue saw her finish 18th with a leap of 4.36m.

Flax Bourton’s Caroline Walder narrowly missed out on a medal in the u15 girls pole vault, but deserves the plaudits for even making the start line. Landing awkwardly on the pole vault bed two weeks earlier, and twisting an ankle, Cally was forced to withdraw from last week’s Avon Sportshall team. Despite vaulting the same height, 2.90m,  as the bronze medallist she missed out on countback as she had knocked an earlier bar off.

On the track, Flax’s Sophie Parker continued the excellence with a 7th place finish in the u15 girls 60m hurdles final, a time of 9.42 seconds close to her pb.

Yatton’s Declan Walters smashed his personal best in the 60m sprint, making the semi final in a time of 7.21 seconds.

Nailsea’s Charlie Bates also reached the semi final, in the u15 boys 60m, taking a chunk off his pb with 7.79 seconds.